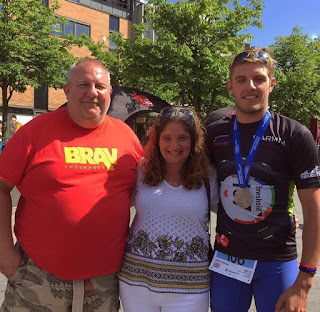 Hi there, my name is Adam Fletcher. This year has been a crazy one to say the least huh ... its been proper strange for just about everyone. It started out like any other but has taken a turn I don't think anyone could have predicted. Peoples family and work situations have changed and unfortunately a lot of people have been ill over the last several months. My story has been no different ... in fact I've lost three of the closet people in my life over the last six months and ironically none of them to COVID! My Nan and Grandad both passed early in the year without warning and left my whole family in massive shock. My Nan had passed away very quickly from a silly stumble on the stairs and within a matter of days we watched my Grandads Dementia take hold of him and he passed away a mere four weeks later in care. We’ve always been such a close family and it hit us hard, none more so however than my Father who lost both of his parents within the space of a few weeks and had to or
Post a Comment
Read more